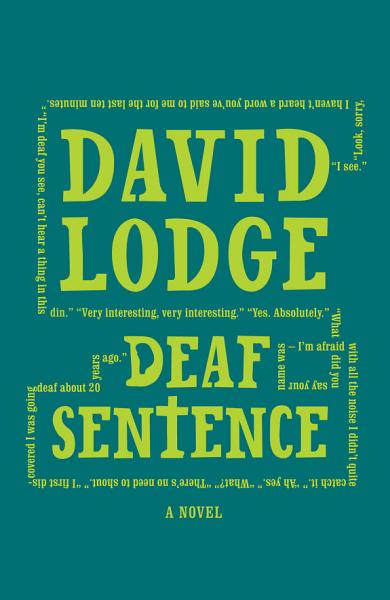 When the university merged his Department of Linguistics with English, Professor Desmond Bates took early retirement, but he is not enjoying it. He misses the purposeful routine of the academic year, and has lost his appetite for research.

His wife Winifred's late-flowering career goes from strength to strength, reducing his role to that of escort and househusband, while the rejuvenation of her appearance makes him uneasily conscious of the age gap between them. The monotony of his days is relieved only by wearisome journeys to London to check on the welfare of his eighty-nine-year-old father, an ex dance musician who stubbornly refuses to move from the house he is patently unable to live in with safety.

But these discontents are nothing compared to the affliction of hearing loss, which is a constant source of domestic friction and social embarrassment. In the popular imagination, he observes, deafness is comic, as blindness is tragic, but for the deaf person himself it is no joke. It is through his deafness that Desmond inadvertently gets involved with a young woman whose wayward and unpredictable behaviour threatens to destabilise his life completely.

Funny and moving by turns, Deaf Sentence is a brilliant account of one man's effort to come to terms with deafness and death, ageing and mortality, the comedy and tragedy of human lives.